I dreaded having a child one day. Not because I didn't want children. On the contrary, I knew I wanted kids, a few of them. But the thought of having to birth and raise a baby was not something I truthfully looked forward to. Fortunately, most, if not all of my trepidation, was assuaged by my relationship with God. How you ask? Well, In a series of three posts I'm going to share with you how God has "stepped in" and truly made motherhood the most joyous and life changing experience for my faith and therefore my life. God cares deeply about mothers (as we get our motherhood traits from Him). I'll begin with the first testimony The Rocking Chair... 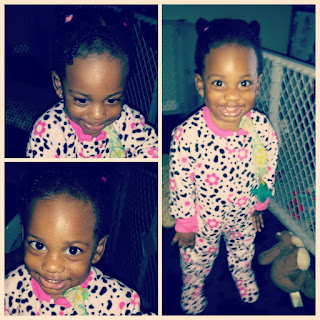 As a mother I've been putting my faith to use daily in order to alleviate much of the stress that comes along with caring for another human being. One of the most stressful moments throughout my day was bedtime. The older Autumn got the more "issues" I had with getting her to sleep. It caused me to dislike (that's the nicest way I could put it) that time of the evening.

My comrade, the rocking chair,  I've had since Autumn was born, but at around the time she hit the one year mark, trying to get her to sleep in it was like a game of Jenga. Move her leg, her arm shoots out. Re-position her head, her legs go flailing. It became a true point of contention for my day.  Oh and did I forget to mention that by this point Autumn had broken the arm off one side of the chair.

After much deliberation due to my overly frugal personality; I decided we needed a new rocking chair; one of those sturdy ones that would stand the test of time.  Soon after this thought, Aaron (my husband) and I sat down to a rare treat at our favorite breakfast spot, he looks at me and says, out of the blue, "I want to get you something...".

The first thought that popped in my mind was a new rocking chair. But then I thought well, she's 1 do I really want us to buy a new chair...can't I just live through the harrowing nights? After all, the first chair had cost almost $100 dollars. I voiced my concerns to my husband, and he said, "well, we passed a garage sale on our way here. Your rocking chair will be there. The Holy Spirit put it on my heart!"

In my mind I thought, yeah, I remember seeing that garage sale sign, (and I don't pay attention to much when he's driving) but out loud I said, "hmm...they may not have anything." Later on I realized, I didn't want to get my hopes up about something that I really wanted, or could use. I didn't want to make it seem like God actually cared about something as trivial as a rocking chair and then the rocking chair not be there.

"No, it will be there I'm sure of it" he said. So, on our way home we drove to the garage sale around the corner from my house. As we passed by the home my doubts crept up again. There was clearly not a rocking chair anywhere in sight. We actually conversed about whether or not we should even get out of the car, but reluctantly we did.  I mean after all he had decreed and declared that the rocking chair would be there maybe it would.

As we approached the house there were many knick-knacks and gizmos as is common for garage sales, clothes, dishes, and old games. And among the rubble was an ugly old green lazy boy chair. As soon as I saw the chair I thought "hey maybe this is it?" In a true role-reversal Aaron was not convinced in the least! For one it was old. Two it was ugly and three it was ugly and old!

But the more he had doubts the more convinced I was that this was "my rocking chair". With hesitation in his voice he turned to the lady and asked if the big, ugly, green chair rocked, and to his surprise she said yes! The over-sized lazy-boy not only rocked, but reclined, and adjusted. It was a top of the line lazy boy rocking chair back in it's day it was just, well, ugly.  I didn't need to hear anymore I wanted it. Aaron won over by my conviction, and his earlier decreeing and declaring paid the lady and we bought it. We picked up a chair cover and I used it that same night!

Autumn's long limbs no longer hung off the chair, and she was able to snuggle up with me comfortably. It got me to thinking. Maybe, I'd been doing this motherhood thing all wrong? Maybe I'd been operating in my own power instead of going to the ultimate mother (as we are made in His image) and asking for guidance (and help!). God is the most patient, most kind, most nurturing, the best provider, He wipes away our boo boos and on on. So, in that moment I decided to pinpoint my greatest angsts, pertaining to motherhood, and in faith, give them over to God for guidance and solutions. People let me tell you the most amazing things have happened!

Keep a look out for part 2! 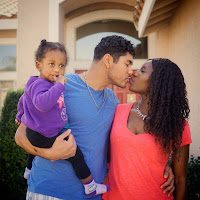 Popular posts from this blog

Christian Daily Devotional | Chapter 9 BIBLE STUDY W/ LO The enemy has distorted one of the simplest things, which is allowing Christ to forgive us of our mistakes and past, and holding on to guilt, or thinking that someone like you can’t be saved. It takes one step to be saved and forgiven after that you just have to ask the Holy Spirit to help you daily. You’ll do better. 9 … “Son, be of good cheer; your sins are forgiven you.” 3 And at once some of the scribes said within themselves, “This Man blasphemes!” 4 But Jesus, knowing their thoughts, said, “Why do you think evil in your hearts? 5 For which is easier, to say, ‘Your sins are forgiven you,’ or to say, ‘Arise and walk’?
Read more

Are You a Bored Christian? (Article for Devotional Diva by Yetunde Mitchell) Inspirational Devotion 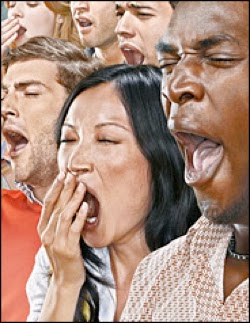 Inspirational Devotion Not too long ago I came across this devotional that I wrote to myself when I was feeling really stagnant in my relationship with Christ. Church had become boring, and I really needed a change. I lamented to my husband about my feelings and decided to get real with myself and really evaluate the problem by writing it down. And this is what came out… I recently had a thought about my relationship with God and how it has changed over the years. At times it’s on fire and I’m full of Godly motivation, but recently I’ve found myself without zeal for God. Almost with an “I’ve heard it all before” attitude. I compare it to the feeling of being a mathematician and feeling like your sitting in Algebra class. There have literally been times in Bible study or regular service when I’ve wanted to raise my hand and say, “I’m sorry, but I think we did this same lesson last week?” Not to say I’m an expert in all things Godly, because I’m not! But I have been going to chu
Read more

GET YOUR COPY TODAY!

Download Amazon App here to get Kindle books on all devices 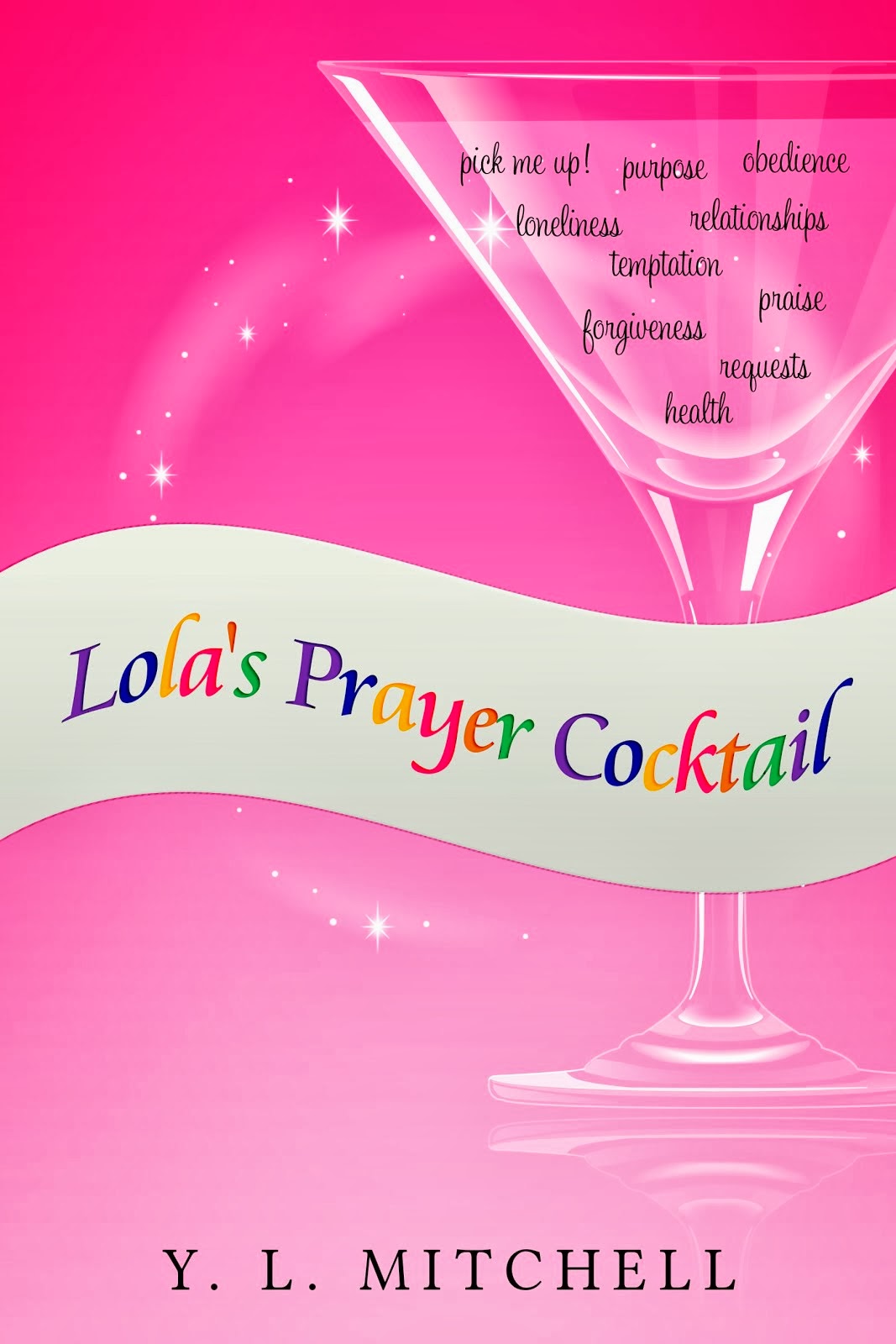 No Kindle? No problem, find out below how to get Amazon app for all devices.

Check me out on Goodreads!